When you use a matrix in GitHub Actions to run your tests in different environments (e.g. different operating system, different version of Python), there is a parameter called fail-fast that controls what should happen to the jobs that have not finished yet when one job fails.

The default is true meaning they should be cancelled.

This usually makes sense because you already have something to fix and you don't want to waste the resources of GitHub Actions to run many other similar jobs if one fails.

This case was different.

As usual I started at PyDigger listing all the Python packages that have a link to their GitHub repository, but no CI configured. I found and cloned python-helper and ran the tests. First using pytest Tests.py. That failed and I reported it.

Soon I got a response that the tests should be run as python Tests.py. The author also made some changes to improve the output of the test-failures.

I did not understand why is it a good idea to have an implementation of the pytest test-runner, but I tried it as recommended. It failed that way as well.

I reported the new failure.

However, seeing the new output I was a bit surprised that the author expects the tests to pass.

This was the last line

So, as I understand the DateTimeHelper.dateTimeNow function should return the same timestamp as the datetime.datetime.now().

As far as I understand this can only happen in two cases:

So is the authors machine that much faster than mine? Should I be envy?

I've added a GitHub Actions configuration file to run the tests using python Tests.py and pushed it out to my forked version of the repository. 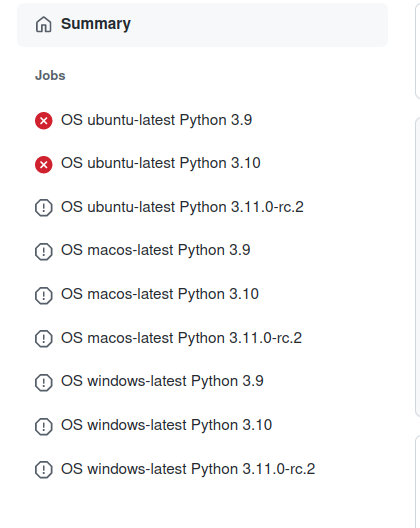 that is, they failed on Ubuntu Linux on two different versions of Python and were cancelled on OSX and Windows.

I thought it would be more useful for the author to see all the failing results so I added the configuration option to GitHub Actions: 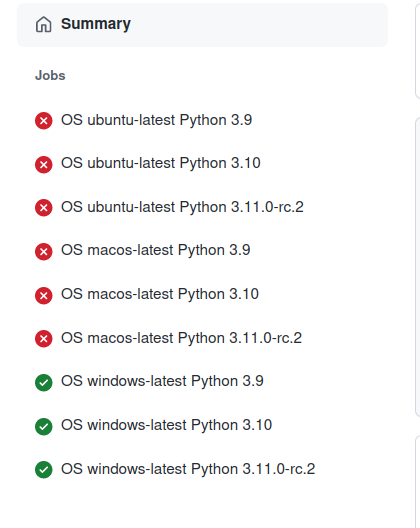 So in this case it was quite useful to see that the results are different depending on the platforms.

Given that the test pass on the machine of the authors I assume they use MS Windows or, as I wrote earlier, a machine much faster than mine.

Given that we are talking about timestamps, I am now wondering, is datetime.datetime.now less precise on Windows? Was that the reason for the difference in test-results?

Anyway, here is the configuration file I added as .github/workflows/ci.yml

By the time I finished writing this post the author already merged my pull-request and fixed the tests for Ubuntu. As I can see he is now working on the fix for OSX.

I love the quick action by the author. It encourages me very much to continue checking Open Source projects, opening issues and sending Pull-Requests.

Gábor helps companies set up test automation, CI/CD Continuous Integration and Continuous Delivery and other DevOps related systems. Gabor can help your team improve the development speed and reduce the risk of bugs.

If you would like to support his freely available work, you can do it via Patreon, GitHub, or PayPal.