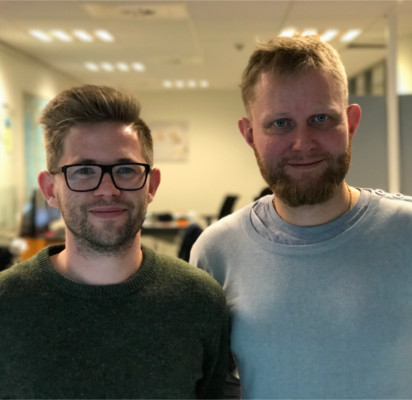 Interview with Jan Henning Thorsen and Marcus Ramberg about Convos, their open source messaging and chatroom app, with many features. It's written in Perl and uses Mojolicious!

00:01 Gabor Szabo
Hello there, this is the CMOS, the Code Maven Open Source podcast and video interview series and I'm your host, Gabor Szabo, and with me here is Jan Henning Thorsen, also known as Batman, and Marcus Ramberg, also known as Marcus. What is your nickname?
00:31 Jan Henning Thorsen
It's actually Batman.
00:33 Gabor Szabo
Yeah, Batman. Did I say something else?
00:36 Jan Henning Thorsen
No.
00:38 Gabor Szabo
Good.
00:39 Jan Henning Thorsen
3D Batman.
00:43 Gabor Szabo
So we guys know each other for quite a long time from the Perl community. But many of the listeners don't. And I actually don't know why are you Batman? So please tell me a little bit about your history, how did you get into programming, how did you get into open source, and then from there we get to the product that you want to talk about.
01:03 Jan Henning Thorsen
Right, so in 2001, I started working for a cable company, and they wanted me to make a provisioning system for them, and I didn't know any programming at the moment. So I started Googling and the first thing that came up was some Perl code, so from now I'm really happy that I...like the first hit wasn't PHP instead. Because if PHP was number one on Google, then I would be programming in PHP instead.
01:36 Gabor Szabo
Okay, I don't know what to say about that. Maybe you'd be better off there!
01:42 Jan Henning Thorsen
Maybe, but yeah, who knows. Anyway, so I did Perl pretty much by myself for many, many years but then I started getting more active on the IRC and I met some people from Oslo who also did Perl and then I started hanging out on the YAPC::Europe Conferences and stuff like that. So then I got more into the whole Perl community and everything. But for a long time I was just doing scripting by myself, so the code was really awful at that moment.
02:19 Gabor Szabo
Marcus, if I am not mistaken, you are both from Oslo, right?
02:25 Marcus Ramberg
No, I am originally from Lillehammer, but I've lived there since 99 so I guess I'm from Oslo now. But I've been active in open source for a really long time. I think my first active contribution was translation of the Window Maker project. I don't know if you remember Window Maker from the 90s? The window manager for XLM?

Anyways, I've been doing Perl and some C stuff for quite a long time. I used to do the development using Mason, back in the early 2000s and I really disliked how disorganized it was, so when Simon Cozens came up with the Maypole project, I got involved in that and I eventually moved on to become part of the Catalyst team. I was release manager for Catalyst for a few years. And more recently, I've been contributing to the Mojolicious project as part of the core.

Gábor helps companies set up test automation, CI/CD Continuous Integration and Continuous Delivery and other DevOps related systems. Gabor can help your team improve the development speed and reduce the risk of bugs.

If you would like to support his freely available work, you can do it via Patreon, GitHub, or PayPal.