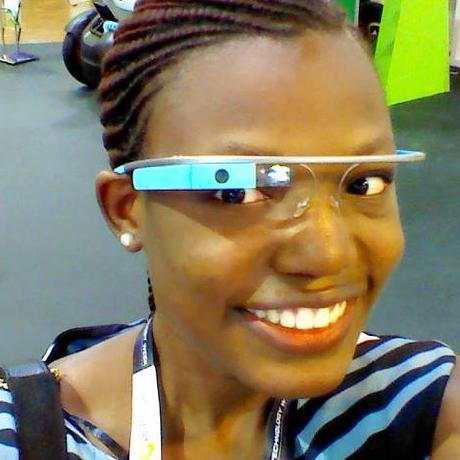 Interview with Moyinoluwa Adeyemi about her Yorùbá Watch Faces app, available on the Google Play Store for Android phones, and her Face Detector work, now on GitHub, but perhaps soon it will be an Android app. Moyinoluwa also tells us about the great developers now available in Nigeria!

(Actually this was a podcast where Carina C. Zona, the interviewee, is talking about film development in years past. Starting at 21:00.)

16:56 Moyinoluwa Adeyemi
Oh, really?
16:58 Gabor Szabo
Yeah, and it was basically a complaint, that the companies probably, I mean these are all probably U.S.-based companies, and then because of the market, being primarily light or white people, so they hadn't invested enough in the algorithm for black faces.
17:23 Moyinoluwa Adeyemi
Well, this is the first time I'm hearing that actually! I expected it to work since they said it worked for all faces, I really wasn't expecting any issues.
17:39 Gabor Szabo
Yeah, I don't know if this software has the same issues or not. Or even if any of this whole thing is really true, I haven't really researched it. I just read an article about it, like a week or two ago, and well, I was surprised, obviously, a little bit, maybe not too surprised, because I mean, I don't know, these strange things do happen. But I was wondering first of all, whether you know about it, apparently you don't. And would be interested, if have you tried the software on white people as well?
18:26 Moyinoluwa Adeyemi
Well, I haven't but now that you mention it, maybe I'll go back and do that and edit my article, but I wasn't expecting any issues and I didn't have any real issues with it, it worked as expected. And the only places where there were challenges was where some of the heads are bent. If you notice the last picture, to the right, the head was a bit bent, so the software didn't pick up the right eye and a couple of other landmarks on the face, but that was practically all the challenge I had with it. I'll go look for this article and see what it says.
19:02 Gabor Szabo
I'll try to find it and send it to you, if you don't find it. But it's definitely an interesting thing and I would really want to know a little more about it, whether it's improving or it's a non-issue, actually.
19:25 Moyinoluwa Adeyemi
Yeah, I think it is so.
19:28 Gabor Szabo
Okay, great. What other open source projects have you been doing?
19:37 Moyinoluwa Adeyemi
Let's see, I have...well I am practically just starting out seriously with open source and the two you've mentioned have been my biggest so far but I can definitely say, expect more from me because I'll continue trying out new stuff and I'll definitely write about it, and if I write about it, then I'll have to publish the code to GitHub. So it's quite new to me but I'll keep pushing out more stuff.
20:08 Gabor Szabo
What would you say to...so these applications, they're primarily your playground, right? Do you have...do you expect people to contribute code? Or help in any way, in your applications? Or you just want...?
20:27 Moyinoluwa Adeyemi
Yeah, some people have already started helping. Someone sent a pull request about two days ago, because I had quoted the positions of the eye patch relative to the eye, and someone sent in some contribution to calculate that position programmatically and I accepted it because it worked fine, so anyone can contribute now, it's free to contribute. If you think you have something that can make it work better then I'll be waiting for the pull requests, whenever that comes.
21:03 Gabor Szabo
Great, thank you. Before we close this interview, do you have anything else that we haven't discussed that you would like to tell the listeners or the people who are watching it?
21:18 Moyinoluwa Adeyemi
Yeah, well, maybe watch out for developers from Nigeria. I know we don't hear a lot about us too often, but there are a lot of good guys here doing good stuff.
21:32 Gabor Szabo
Yeah, actually I have... you are, I think, the fourth from Nigeria that I have interviewed on the podcast and there are really interesting things that all of you have been telling me, so...yes, I agree!
21:49 Moyinoluwa Adeyemi
Yeah, so watch out for us!
21:50 Gabor Szabo
Okay, thank you very much for coming on the show.
21:54 Moyinoluwa Adeyemi
Yeah, thank you for inviting me, it was nice.
21:55 Gabor Szabo
Bye bye.