Aftr logging in to Jenkins click on the "New Item" menu option: 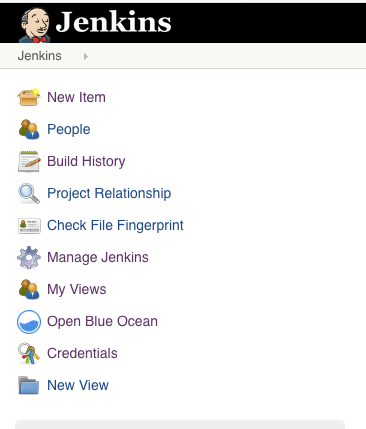 Type in the name of the Jenkins Pipeline (simple-pipeline in our case).

Then press the "OK" button. (It will be disabled until you select a project-type) 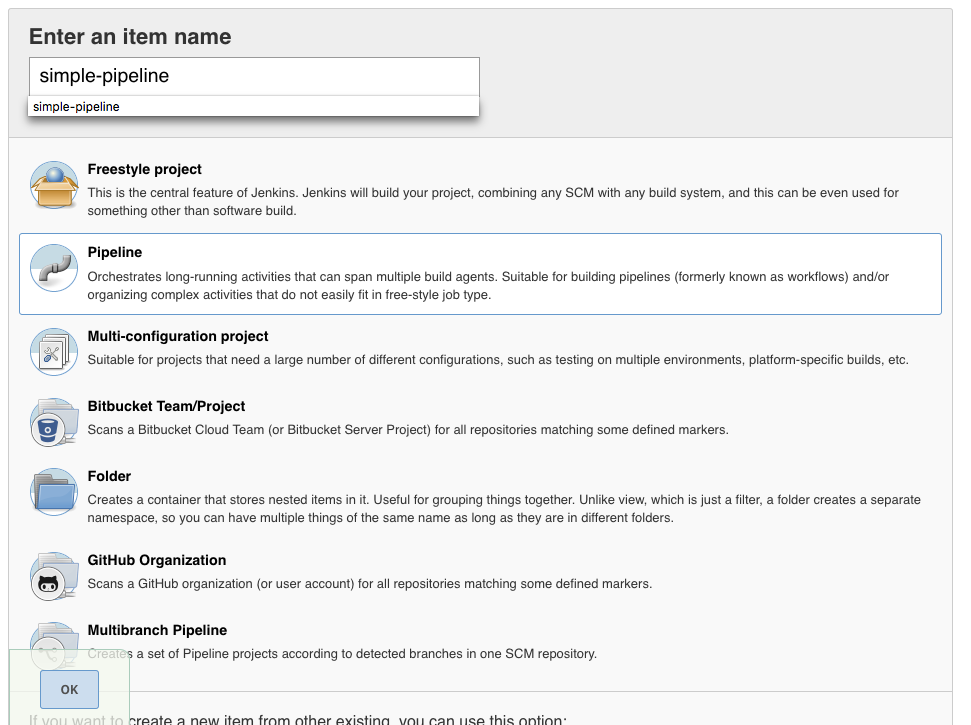 It will take you directly to the "Configuration" page of the project that looks like this: 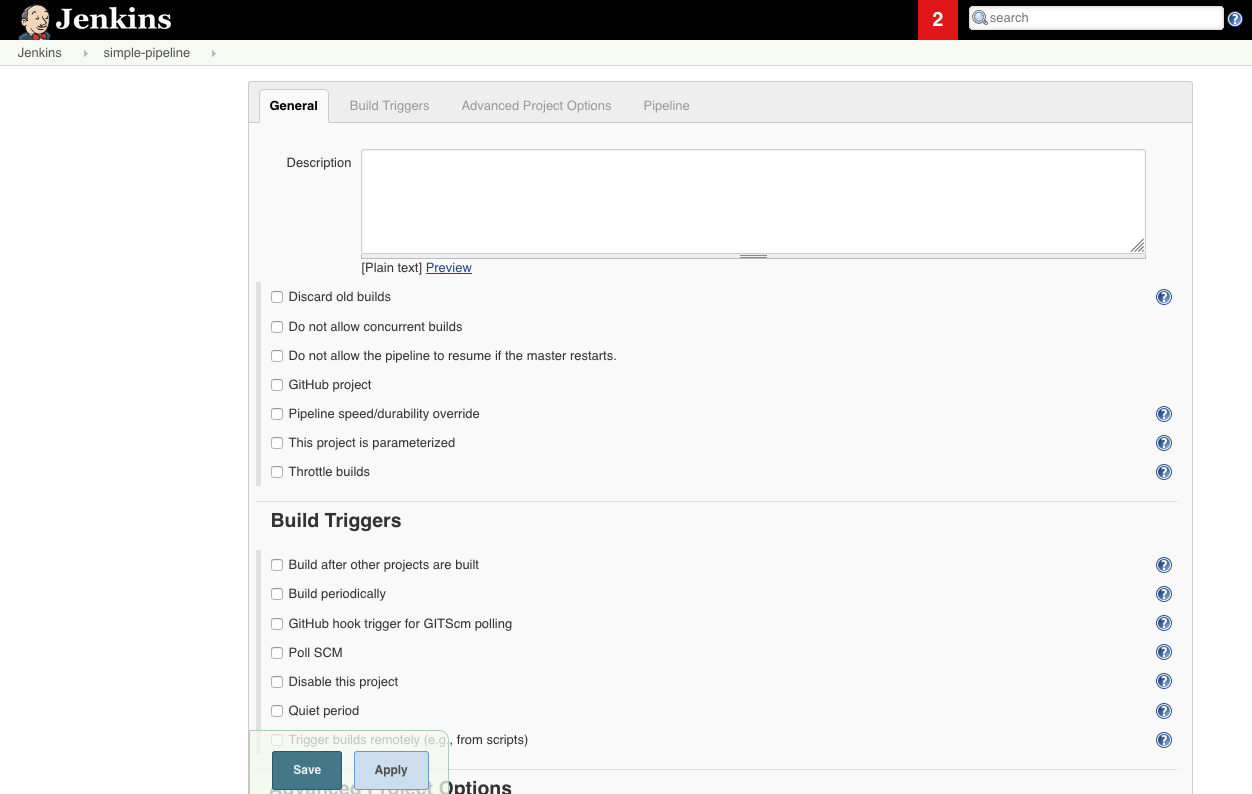 Scroll down to the section called "Pipeline", paste the following code:

It will take to the menu of the specific project: 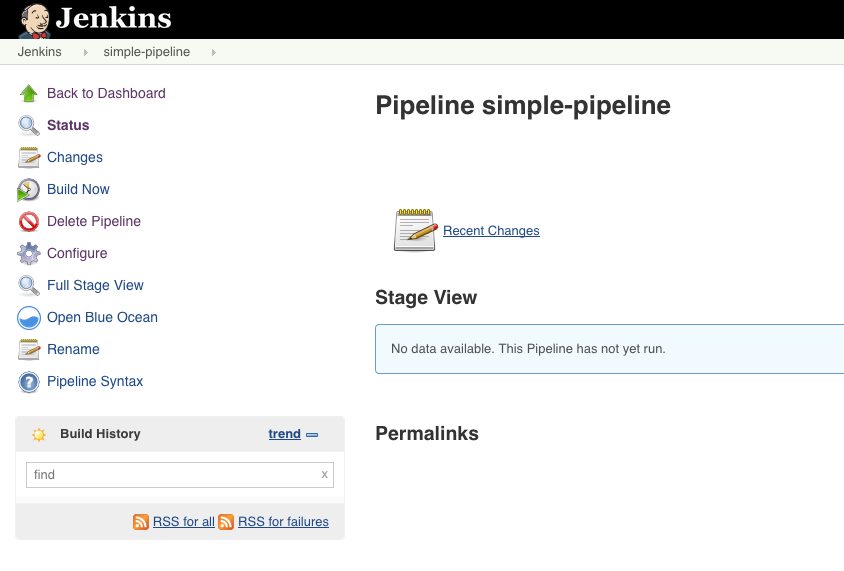 It will start running the pipeline and within a few seconds you'll see an indicator of your first job being successful (blue dot on the left hand side). 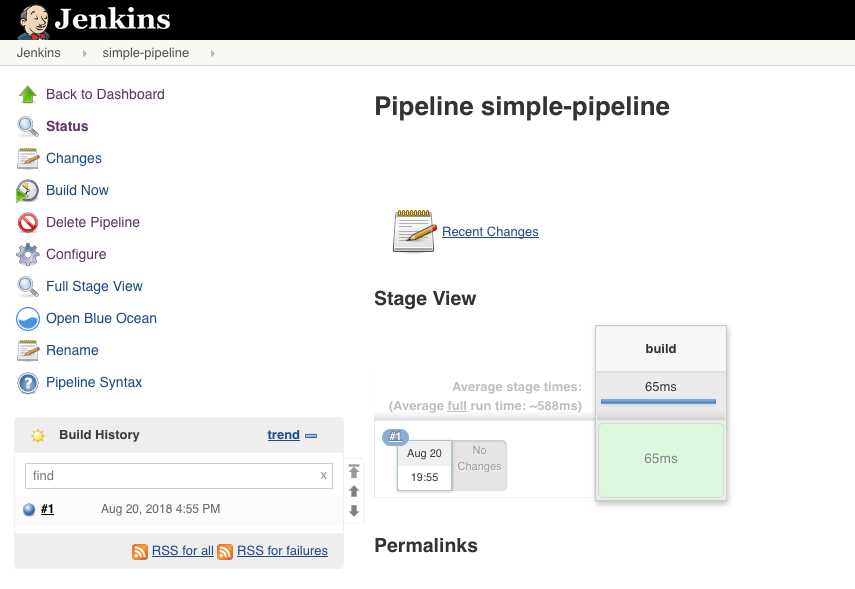 If you click on that blue dot on the left hand side it will take you to the "Console Output" that looks like this: 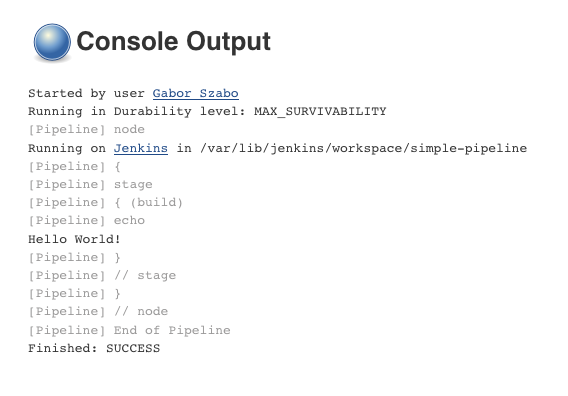 What is in the first pipeline?

You can see the basic structure of the pipelines.

Everything is wrapped in a block called "pipeline". Inside we need to declare on which agents can the pipeline run. In this example we requested it to run on the Jenkins "master". Usually only very small setups rely on the "master". Once your project starts to grow you'll start setting up agents Later we'll see how to set up agents and how to tell the different parts of the pipeline to run on different agents. (Originally these were called "slaves". While they are being renamed to "agents" you'll still find a lot of examples using the word "slave". In some places thet are also called "nodes". In the end they refer to the same things. Maybe the right way to think about them is that nodes = master + agents, but then in the pipeline we also call "master" to be an agent. Go figure.

Inside the pipeline there can be stages (We have one). Inside the stages The can be several stage element. Inside each stage there must be steps. The steps themselves are Jenkins commands.

echo will just print something on the console. It can be useful for displaying values as the pipeline makes progress.