Recently, on a CentOS box I've noticed that when I run ps -ef or ps axuw some of my scripts don't show up. I also checked this on Ubuntu 19.04 with similar results.

TLDR: add #!/bin/bash as the first line of your Bash script.

I ran a little experiment.

Created a script called hello.sh with the following content:

Made it executable: chmod +x hello.sh and ran it:

I tried to see if I can find the process using ps and grepping for the name of the process, but it did not show up.

Then I did the same but this time grepping for the process ID. (That's why I printed it in my experimental script.)

Usually in Linux/Unix the first line of each script should point to the command that will be able to interpret the code in the file. It is called sh-bang.

I've added it to the script (and renamed it becasue the web site can only have one file with the same name):

Making this executable: chmod +x hello_again.sh and runing this the same way: ./hello_again.sh. This time the full name showed up in the output of ps.

I tried also running it with bash like this:

On Ubuntu it seems it showd up with the full name, but as I recall in CentOS it had the same result as the first version, showing up only as -bash.

Gabor Szabo
If you have any comments or questions, feel free to post them on the source of this page in GitHub.

Gabor who runs the Code Maven site helps companies set up test automation, CI/CD Continuous Integration and Continuous Deployment and other DevOps related systems. Gabor can help your team improve the development speed and reduce the risk of bugs. 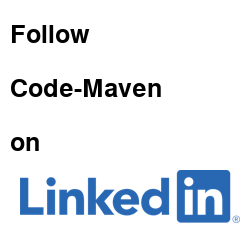